Symposium Venue: Dilek Kaya hotel, Ortahisar, Cappadocia
.
Dilek Kaya is a special class hotel in Ortahisar. With its meeting facilities and central location in Cappadocia, Dilek Kaya provides a perfect environment for meetings with comfortable accommodation. Facilities include a fully equipped spa, indoor and outdoor swimming pools. (For further details regarding hotel please follow this link)
.
.
How to reach Cappadocia
.
Cappadocia is connected with flights from all major cities in the world via Istanbul. You can fly either to Ataturk Airport in European side or to Istanbul Sabiha Gokcen Airport in Asian side, and continue your flight to Cappadocia, i.e. Kayseri Erkilet Airport (map). There are 7 flights from each airport-making a total of 14 Istanbul-Kayseri flights on daily basis. The symposium venue is 65 km away from Kayseri Erkilet Airport. It is possible to take a taxi to the hotel or if you inform the hotel you would be staying they can arrange a pick-up service for you. If  you are staying in the symposium venue, i.e. Dilek Kaya or Burcu Kaya Hotel , please send an e-mail to info@dilekkayaotel.com    (your name, your flight number and arrival time) several days before  so  that   you will be picked up from the airport.
.
.
Weather in Cappadocia
.
Lying in Central Anatolia, Cappadocia is over 1000 metres above sea level. Enclosed on both the Northern and Southern coasts by mountain ranges, it has continental climate with a significant temperature difference between day and night. In late September, the temperatures average 22 oC high. The area receives very little rain throughout the year. 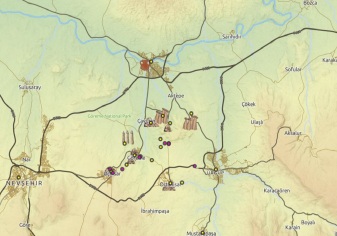 Cappadocia is in the center of the Anatolian Peninsula, comprising Urgup, Mustafapasa, Ortahisar, Uchisar, Goreme and Avanos. A greater portion of this region is a National Park with its cave churches, valleys, canyons, hills and unusual rock formations.
.
The unusual rock formation has been attributed to the geological evolution of the region, namely to the eruption of Erciyes and Hasandag volcanoes which are short distance away from the region. Ashes erupted from these volcanoes are collected in the plateau forming a soft ash layer. Upper side of this soft ash was covered with a thin lava layer which cracked over the years. Initially rain and later rain and winds started eroding the soft tufa underneath forming cones with a piece of hard lava hat. Local people call these as ‘Peri Bacalari’ which literally means “Fairy Chimneys”.
.
It is not all nature though, as human hands also performed equally incredible works here. The rocky fairyland is honeycombed with a network of human-crafted caves; living quarters, places of worship, and storehouses, which were all dug into the soft stone. Tunnel complexes were carved forming entire ‘towns’ with as many as eight stories down, all hidden underground. 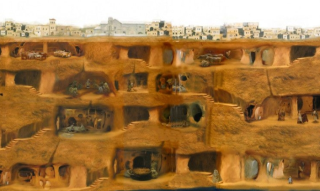 .
Göreme was well-inhabited as early as the Hittite period,i.e. 1800 to 1200 B.C. The Cappadocian Kingdom was established in 332 B.C. but short lived. Region was on the boundary between the rival empires; the Greeks and Persians.This difficult political position meant that residents needed hiding places and found them by tunneling into the rock itself. The site became a religious refuge during the early days of Christianity as well. By the fourth century Christians fleeing persecution had arrived in some numbers and established monastic communities here. Beginning in the seventh century, the monks excavated extensive dwellings, monasteries and chapels. Cave churches with impressive Byzantine frescos can be seen in places along the hiking routes or best in Goreme Open Air museum.

Updated symposium program is announced at this link

mESC-ISS2017 Summer School is supported by TÜBİTAK BİDEB 2229 program. Please connect to this link for details. 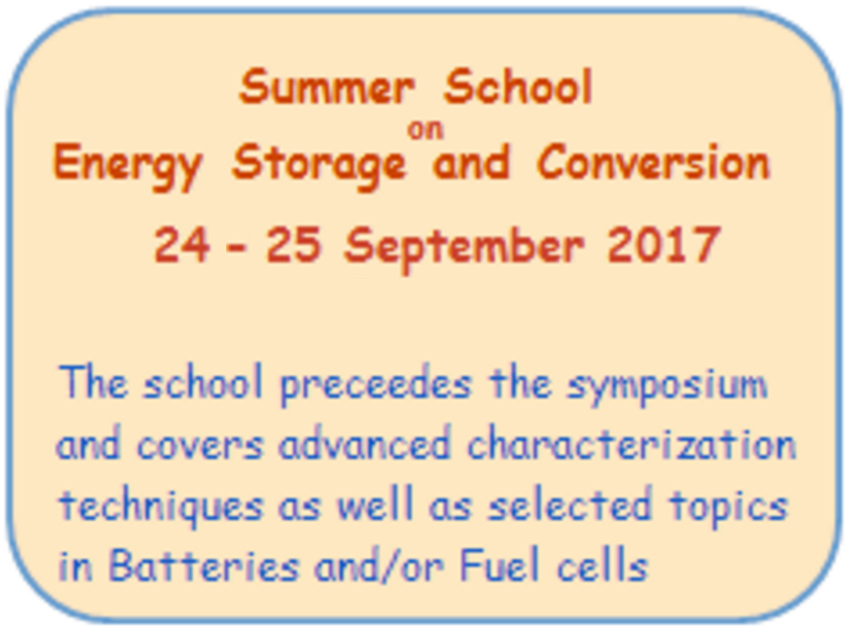